5 of the best German language Proficiency tests to give 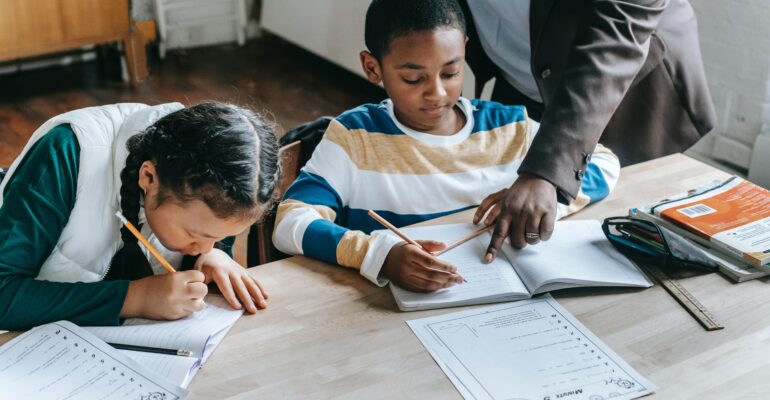 Today’s post is straight to the point as we will be discussing an extremely important topic: German language proficiency tests. We won’t be beating around the bush at all here, this is your one-stop solution to know all about how you can check your proficiency level in German.

Well, let me ask you a few questions: Do you-

Want to get the best higher education possible? Wish to travel throughout the European Union because wanderlust isn’t just a word for you? Want to become of the world’s greatest diplomats? Want to impress people or just have an amazing CV?

If you nodded your head to any of the questions asked above, then German is the language for you. Being the official language of the EU, German is not only used throughout Europe but is the second most used language in the field of natural Sciences and the most spoken language when it comes to diplomacy in Europe. Having German as a foreign language will not only make your CV stand out from the rest of your competition but will also open up numerous Job opportunities both inland and overseas.

Click this to find out awesome steps to master German.

Now that you’re learning German, it is very important to keep checking your proficiency level.

“But why pay for tests when I can do the free ones on the internet?”

Well, the test certificate is what you will be attaching to your CV. Whether you’re a student applying for higher education Universities or a fresher looking for a job, you WILL have to provide a German proficiency test certificate. And that too, from one of the registered test centers in Germany.

So by now, you have probably understood the importance of a small piece of paper. Usually, you will be expected to take a German language proficiency test before you are admitted to your degree program. There are official tests with which you can prove your German language skills.

Basically, you need a requirement of C1 level of CEFR or DSH II if you are getting admitted into a Bachelor’s degree program taught in the German language. On the other hand, Participation in a Master’s German study program requires knowledge of the German language at a DSH I or DSH II level. Below, we have presented 5 of the best German proficiency tests you can appear for in India:

TestDaF is like the English board exam of Germany, it is recognized by all the universities of Germany. The full form of TestDaF is Test Deutsch ALS Fremdsprache, which literally means test of German as a foreign language. While you might have heard of Goethe Zertifikat if you’re applying for a bachelors degree program, TestDaF can be considered as a higher level of Goethe Zertifikat as it is an advanced form of a German language proficiency test as it spans from level B2.2 to C1.2 of the CEFR ( Common European Framework of Languages).

The exam is offered in a hundred countries so you can take this exam in India. It is conducted by Goethe Institut in India in five cities- Bangalore, New Delhi, Pune, Coimbatore, and Chennai and it costs around 8500 rupees.

One of the mistakes that people make is expecting TestDaF to be the same as DSH. While it does have the same examination pattern, DSH is not a standardized exam. The level depends on the University conducting it.

But what is the DSH? The Deutsche Sprachprüfung für den Hochschulzugang (DSH) is another German language proficiency test, which has three levels, namely :

However, the thing to note is that DSH is only conducted via German universities in Germany. Hence it cant be given in India.

For these exams, Goethe Institut also conducts German classes. Check out their classes here. The fee of the exam is somewhere around 3800 rupees, with there being 4 modules: Lesen (reading), Horen (listening), Sprechen (speaking) and Schreiben (writing).

The ÖSD is just like the Goethe Zertifikat exams and is recognized widely in Germany by a lot of German institutions and universities. The exams are conducted keeping in mind the guidelines of the Common European Framework of Reference for Languages (CEFR) ranging from A1, the most basic level to C2, the most advanced level.

The exam format was revised in 2019, favoring a format where exam modules may be taken individually or in combination with one another. The ÖSD has over 400 centers in the world, two of them being in India in Chandigarh and Bangalore. The exams are held in two modules for A1-B1 levels and in four modules for B2-C2 levels.

TELC offers examinations for 9 foreign languages including German. These German language proficiency tests examine the language skills as a basis for overcoming language barriers using a fair evaluation criterion based on the CEFR guidelines. TELC C1 certificate is generally regarded as proof of sufficient German proficiency by a lot of German institutions and universities.

You know all about the best tests available for checking your German-speaking skills now. So all that you have to do is to start learning German. And what better way to do that than to learn from the professionals, the best in the field? This is where we come in. Language Fluent provides intensive German courses for all levels ranging from A1 to C1 according to CEFR guidelines. Visit our head offices in Nagpur or check out our website here!