6 Most Widely Spoken Languages in the World 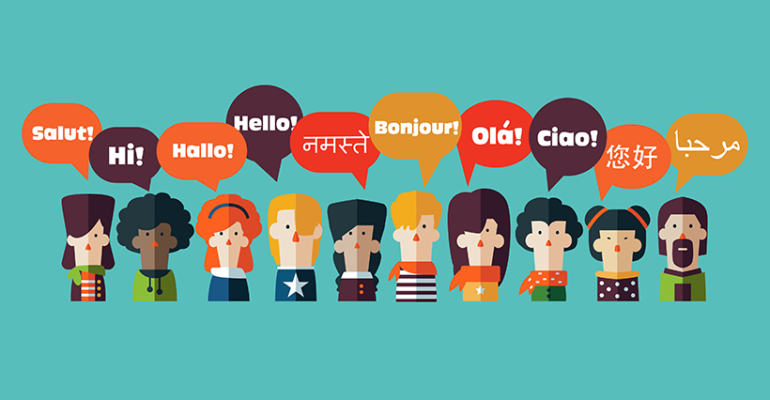 Today you may be someone who knows one foreign language and a few regional languages. Some may take pride in knowing the 7 major languages of the world. But would you like to tap into the curiosity of knowing which one of your languages is the most widely spoken?

In this blog, I will illustrate the 6 most widely spoken languages around the globe, where I will touch upon their History and the hours required to get hold of the language. But remember the hours taken to learn a particular language may differ from person to person. If your interest and dedication are parallel, then you can achieve proficiency and accuracy in half the time too.

Let’s have a look at the Six most widely spoken languages around the world.

Let’s consider the fact that apart from 700 million Indians, there are various English-speaking countries as well. In addition to these, each and every corner of any country will have few people who know English. Thereby, we can easily conclude that English is the most spoken language in the world. It still turns out that nearly 380 million people consider English as their primary language, bumping to the number three position of the most spoken languages.

This Indo- European Language is spoken over 6 continents. It was the Anglo Saxons who have believed to spread English from Britain during their conquest over certain countries of the world. It also a segment of the Germanic languages, where certain words in English do have similar-sounding words in Dutch and German.
.

A language all the way from the East of Asia, Mandarin Chinese has approximately 1200 million speakers across the world. It is the second most spoken language in the world. The reason behind this is the population of China of over a billion that strictly primarily speaks Mandarin. Apart from mainland China, Hong Kong, Macau, Taiwan, and Singapore. English speakers find it hard to learn Mandarin Chinese because of its classification as a Group Five Language. What makes matters complicated and cumbersome for beginners is that they won’t find any alphabets. It is considered a Pictographic language, designed only for symbol writing. It would take an English speaker nearly over 2000 hours to get hold of the language depending on the training he is receiving.

What comes to your mind when you hear the term Hindi? Indians know it’s a language, of course. What about the tourists. In many cases, some tourists thought Hindi the religion. Some could go on to think that Hindi and Hindus are different religions. A significant number still think Sanskrit is the most spoken language. To some extent they are right, but Hindi has had its derivation from Sanskrit.

Hindi is a language and it is the third most spoken language in the world, with both native and nonnative speakers combined. There are 615 speakers of Hindi, out of which 341 put it as their primary language. With Majority of the Indians communicate in Hindi in India, followed by few significant numbers in Nepal, Mauritius, and United States. Well, Hindi could be a major language of India, but only states like Rajasthan, Uttar Pradesh, Harayana, Madhya Pradesh, Delhi, and Rajasthan considers it as their main language.

This is another Indo- European language that is still a challenging one for English speakers to grasp. Devanagari is the script used to write Hindi and does have its own share of words with Arabic. Hindi comes under the Group Four Classification, and it would take just above 1000 hours for an English speaker to get hold of it.

The fourth most spoken language in the world, Spanish has 534 million speakers in total. Among native speakers, Spanish is the second most spoken, with 460 million calling Spanish as their First Language. The origin of Spanish in Spain, but the continent of South America, except Brazil puts Spanish as their primary language and is also the second language in the United States. Mexico and the countries of Central America primarily communicate in Spanish.

Now there is some good news for English speakers. Because, Spanish is the easiest language to learn, as it comes under Group one language. In addition to that, English and Spanish have certain similarities. It takes an English speaker nearly 600 hours to acquire a General proficiency.

Check out some important benefits of learning Spanish here!

A language of love, art, cuisine, fashion, and whatnot. The alluring language goes down to the fifth most spoken language in the world, with nearly 300 million speakers across the globe. Well, France majorly speaks French as it is their language, but parts of Switzerland and Belgium to have French Speakers. Parts of Africa, like Burkina Faso, Chad, Cameroon, and Madagascar speak French. Across the Atlantic, to North of United States, Canada’s second language is French, where Quebec being the French-speaking Province.

French also falls under the list of one of the easier languages to grasp for English speakers. It comes under group one category, where one needs only 600 quality hours to invest in it. As mentioned earlier as the language of love, it has certain Grammatical similarities with Italian and Spanish. To conclude, the French would easily be grasped by the people of Central and Western Europe.

What comes to your mind when you hear the term Arabic? When Arabic rings in my head, I tap into the sound of Lyres and Plucked Lutes. While learning the language, the music is rung in the background in the subterranean region of my head. It is the sixth most spoken language in the world, with nearly 300 Arab speakers. It is a blend of the Afro- Asiatic language, that comes under the Group Five category. English speakers find it difficult to learn even before pursuing it. It takes nearly 2500 hours of dedicated learning to acquire proficiency.

Arabic is majorly spoken in the countries of Africa and in the Middle East like Morocco, Tanzania, Chad, Egypt, Jordan, Iraq, and Oman. It is one of the oldest languages in the world incorporating some influence on other languages like Maltese and Spanish.

Find out how to master Arabic by reading this article!

Want to learn any of the above 6 languages? Well, that is our forte. We at Language Fluent are known to have India’s best tutors and focus on giving personalized assistance to you so that you take the least possible time to learn your target language.