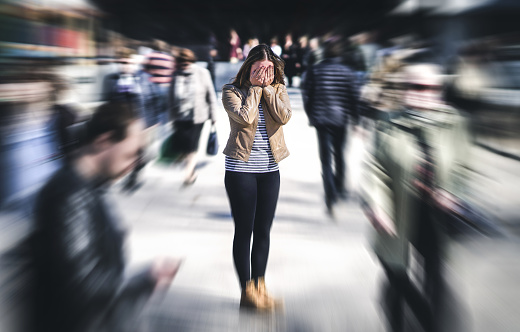 France is one of the most popular international student destinations in the world, but for someone who is used to trying to study in English-speaking countries, there are a few differences in French universities and student life that take some getting used to.

The main distinction is, of course, the cost. In France, students pay only €170 per year for an undergraduate degree and €243 for a master’s degree. Recent reforms have made this much more expensive for people without an EU passport – €2,770 and €3,770, respectively – though some universities have refused to raise fees for international students.

The reality, however, is that France’s commitment to low-cost public education is at the heart of a very different notion of what a university should be. This, combined with the usual culture shocks that come with moving to a new country, means that foreign students may struggle to adjust.

It’s worth noting that if you attend a fee-paying university like Sciences Po, the experience may be more similar to what you’d expect in English-speaking countries.

Want to know the Best French language Proficiency tests to give, click here.

On weekends, everyone returns home

Because undergraduate courses at different French universities are broadly similar, students frequently attend their home institution. As a result, a large proportion of them return home every weekend to spend time with their families.

If you live in student housing, you’ll notice this shift every Friday, when the corridors empty out and people leave carrying heavy backpacks full of dirty clothes, as if they’re going to war.

That means the weekends are quiet, and Thursday is the traditional student night, when young people flock to the town’s bars and clubs. So, if you make friends in your classrooms, be prepared to receive messages from them requesting your notes from any Friday morning lessons.

There are a lot of classes

While you will most likely have more classes, presentations will take up a large portion of your time. Oral presentations are a more popular form of evaluation in France than essays, and by the second half of the semester, it’s not uncommon to have a two-hour class dedicated entirely to student presentations.

It’s not just the number of lectures that may surprise you; it’s also the format. While it is not required at university, French students are taught from a young age to structure presentations into three parts, and as well as an introduction and summary, with each of the three parts usually having two or three sub-sections. While many faculty members will value creativity, it is still necessary to have a clear framework.

For written essays, it’s even more likely that this three-part structure – which often comes in the form of “thesis, antithesis, synthesis” – will be expected.

It may appear chaotic

University provides a great introduction to the world of French bureaucracy, and you’ll rapidly learn to stop asking “why?” and accept a few things that are beyond your control.

Above all, you’ll develop the habit of checking the notice board outside your department’s secretarial office every morning once you realise they’ll alter the room your class is in at the last minute and everybody seems to get the memo except for you.

There are fewer clubs

This will undoubtedly differ based on whether you attend a public or private university. However, you are unlikely to find the same variety of clubs and student societies that you are accustomed to back home.

To know some rare interesting facts about France, click here.

Luckily, you can meet other international students by participating in Erasmus Student Network activities and trips. The organisation is present in 37 French cities and organises events that help you meet people and learn about the culture, as well as trips to other cities in France.

If you can connect with a group of locals, you’ll discover that French social life is very similar to what you’re used to, with only minor differences. Students still like to arrange pre-drinks to socialise and get drunk on cheap liquor before heading into town, though they use a different English term to describe this ritual – le before.

However, it is the minor differences that can catch you off guard. For example, at parties in France, it’s customary to coordinate with the rest of the group ahead of time so that no one brings the same thing, but once you arrive, everything is shared, and you might not even end up drinking what you brought. So don’t be surprised if you’re at a party and see someone you don’t know drinking the wine you brought.

Of course, if you’re from the United States, seeing 18-year-old students allowed into bars and clubs may come as a surprise.

Because most French lectures last two hours, it’s common for professors to take a break halfway through, and most students will leave the classroom, either to smoke or to accompany their friends, leaving only a few students alone. If the professor is a smoker, they may even announce it as a pause clope (smoking break), and it will last only as long as it takes to go outside, smoke a cigarette, and return.

The clichés are, to some extent, true here. France’s young people are among the most likely in Europe to smoke. According to Eurostat data from 2014, 23.5 percent of French people aged 15 to 24 smoke on a daily basis, compared to 16 percent across the EU.

Student housing in France is designed to be cheap and cheerful, just as classrooms and lecture theatres are usually pretty basic because most people do not pay expensive tuition fees.

These are just a few of the many surprises foreign students face when they come to France. But, I can attest that if you’re open-minded and approach your new adventure with patience and kindness, you will open yourself up to amazing opportunities.