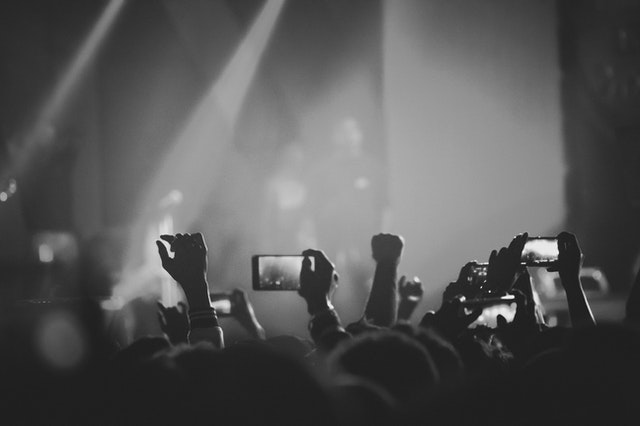 How unfortunate it is that you have been exhausted by learning every word of French. But yet you feel it’s not enough. You don’t find that X-Factor in it, and almost on the verge of quitting Polyglotism.

You could be in depression, and that learning a language is still not liberating you. It could be the traditional hard grind nerdy method of study that you have caught up with. It is tiring at times to study a language, especially when a language that could be something very difficult to grasp.

Well, now it’s time that you change the method of learning the language and use one of your hobbies to your advantage. Your hobbies could be many. It could be playing an instrument, watching a movie, or maybe even listening to songs.

Currently, your favorite album can be added with few French Artists who can teach you some good French while they sing out the words. Here are the few French artists that can change your perception of the language and also give you the motive to learn more.

A French Singer, cum songwriter, Julien Doré commenced his musical career in the year 2008. He came to fame post the release of his debut film, Ersatz. Apart from Musician, he is also an actor and has been rewarded the winner in Nouvelle Star’s fifth season. He has been part of two bands and pursues musical instruments like the Guitar and Ukelele. His music is influenced and incorporated with a variety of genres in the form of folk, rock, and a variety of other musical genres and Artists who love to experiment with different things. He embraces variety and tries to come out of his comfort zone. His French singing is as brilliant and alluring as his talent. He will steal your heart with his character. This is why he’s this high on our list of French singers to follow.

The band was formed in Paris but originated from the Caribbean Islands. They brought a  carnival, rhythmic, fast, and zouk music and have managed to release a collection of 20 Albums and also produced an additional 12 albums. The Zouk of Kassak took birth after having experimented with a gwo ka unit of Eleven-piece which is a  tambour bélé, two lead singers, African Styles, biguine, ti bwa, and also utilized the full MIDI Technology. After having recorded the digital format, the Kassav took the Caribbean to the next level.

3. Christine and the Queens

A French Singer named Heloïse Letissier from Nantes changed her stage name to Christine and the Queens and produced a wide-ranging mixture of art videos, performed, music, photography, and drawing. She completed her studies in Lyon and later went on to live in London and Paris. She got the inspiration to work for community haul Queen Musicians from the British Capital that gave her assistance and good company during the early concerts, consequently leading them to be the backing band, termed as Queens.  Her identity as a music genre is ” freak pop”, and her debut EP Misericorde was independently released.  She also released her second EP in 2012. It was sooner awarded the Best Discovered Act, known in France, termed as Decouverte Du Printemps De Bourges. The Band also received an award in 2012, known as Adami Premieres Franco’s.

His birth name was Bruno Le Forestier. Staged as Maxime Le Forestier, he is known to be a very well renowned French singer of the time. He began his music career with a violin. Le Forestier had his passion reserved for songwriting and music while sacrificing himself in the military service. He was a  part of the parachute group. The Experience turned out to be an inspirational source for one of his best and favorite songs. He is truly an amazing French singer to follow.

It is a very popular French Rock band, originating from Bordeaux, and has had many hits during the 80s,90s, and 2000s. In 1987, the band released its first EP, Ou Veux- Tu Qu J’ Regarde,  followed by a full-length album, Veuillez Du Ciment in 1989.  By the time their Second Album released, named Du Cement Sous Les Plaines in the year 1990, Noir Desir molded to form a harder and punk rock-inspired style. Even today, their songs are quite vivid and firm in French Music.

Being a part of a young generation in France, Isabelle Geffroy, took the name “Zaz” as the Stage name. She is one of those French Singers of the time to rekindle music in France. Initially, she began as Montmarte’s Parisian Quarter and then gained popularity all over France and Europe.

” Je Veux”, is the top single that remains in her 2010 album and instantly became an international hit. Zaz amalgamates acoustic, gypsy Jazz, and Classical French styles to extract Musical tones full of grace and Emotion. With a huge fan base ranging from China to North America, her music topped the list not only in France but also in Germany and Belgium.

Manu Chao is a French-born singer, originally from Spain, named José- Manuel Thomas Arthur Chao, whose performance is not only in French but also in Italian, Arabic, Spanish, Galician, Portuguese, English, and also in some other languages. He is the final addition to an already great collection of French singers to follow.

He is just like other known French Singers, who began his career, busking in Paris. In 1987, he discovered Mano Negra, the band that achieved measurable success in Europe. After the band got broken up in 1995, Chao pursued as a solo artist. Bands of the  UK Rock Scene like De. Feelgood, Jam, and Clash impacted his music that maintains a fusion with Reggae, Iberoamerican salsa, Algerian Raï, and Reggae that makes his music quite unique.

Oh, Wait! there is one more thing.

Want to know the key to learning French effectively?

It’s all about taking help from the right people. Known to have India’s best professors, we at Language Fluent provide personalized attention to each and everyone and make sure you reach your goals in your target language.

For more details, visit our website here and book a free demo today!