HISTORY AND FUTURE OF LANGUAGE AND WHY IS IT IMPORTANT? 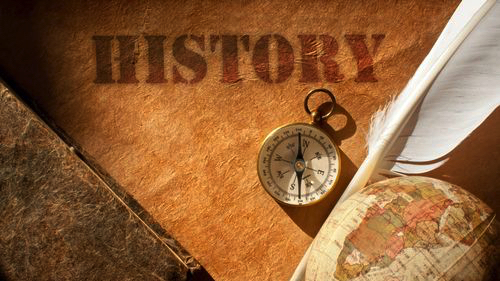 HISTORY AND FUTURE OF LANGUAGE AND WHY IS IT IMPORTANT?

Humanity over the years has been searching far and wide for any traces of intelligent life form with the ability to communicate and that has led to some unfortunate findings that with over 200 years of searching from the deepest trenches to the far beyond in space we still haven’t found a single life anywhere outside Earth, which has led to some concerns but we are still optimistic that we are not alone here in the whole wide world.

So while we have searched far and wide for intelligent life forms, we have also researched and found out a lot of things about the life forms on Earth that we know of. The one defining factor that makes us different is our ability to communicate.

“The human brain possesses qualities that have no parallel in the animal world. One consequence is man’s explicit mental capabilities.

Man possesses the faculty of speech, and his creative communication using his vocal system is completely different from those of animals. He has the unique ability to pay attention to various matters at will; he has an inconceivably wide range of interests and observation because it is possible to consider spatially and temporally remote objects; he can make abstractions and to use his system of signs for meta-lingual purposes.”  This leads me to the topic today. History of Language and its importance in the grand scheme of things.

History of Language and its importance in the grand scheme of things.

Humans with the use of speech, language and methods to communicate among themselves have led to humanity establishing themselves as the dominant life form on Earth regardless of the physical capabilities of some animals being far superior to humans.

From the ability to fly to running at super speed, to horns, to sharp teeth to numbers. Humans are never the best at anything, being the ‘jack of all trades master of none’, humanity has developed itself in other different avenues which include the mind.

Compared to even chimpanzees who share as much as 99% of our DNA, they can’t fulfill a lot of things that Humans can and that leads to Languages. We, humans, have 6909 distinct languages with approximately 2000 of them being spoken by less than 1000 speakers and with only 23 of these languages accounting for the language spoken by half of the world’s population.

Out of these 23, if you study these 12 languages, you’ll be able to live freely anywhere in the world without any problems concerning communication. Enough about the history of languages, now let us look ahead and discuss the future. What is the Future of Languages? and what does it hold for us.

In this, modern era we are more connected now than ever before. Leading most of us to speak these 13 languages which account for 2/3rd of the world’s population

Chinese, Hindi, Urdu, Spanish, German, French, Arabic, Bengali, Russian, Italian, Portuguese, Italian, Japanese. Language is one of the key defining factors which both differentiates us from others as well us unites us together.

Where even if you live on an entirely different continent you can communicate with the locals if you know the language they speak. We exist in a post-modern world and although the distant future involves doing away with speech and text altogether and use our brain waves to communicate with each other, we are not there yet.

Now although that is indeed disheartening, we should still develop our language skills as we anticipate those times. The future is uncertain one of the main reasons behind that is that we don’t know or can’t predict most things. Now although some things might line up retroactively, we don’t know the future and that uncertainty is scary. This is why let us embark on a thought experiment.

Why were languages created and developed and have been developing for centuries and millennia now and will continue to be developed for a few decades into the future? One of the main reasons behind it is that we as humans can gather a huge number of people together behind one common goal and to achieve that goal, the thing of paramount importance is communication.

Let’s break down the evolution of communication over the years and then apply that principle to the future of Languages.

Early homo sapiens began communicating with each other using hand signals until they decided that their knowledge should be passed on to the next generation which is when they began inscribing on cave walls with cave paintings. Which was then replaced by quick long-distance communications like Smoke Signals and Pigeon carriers which were then replaced by other more distinct visual communication from telegraphs to radio to telegrams to telephones to cellphones to using the internet.

Now while the method of communication differed so did the language and the meaning of those. Each of those evolutions took place to solve one or another problem. Passing of crucial information to the next generation- cave paintings. An intimation that an enemy is approaching smoke signals. Fastest stock news- semaphore towers.

We feel that there is always something that we don’t know how to describe or put into words. This is why Brain-Brain or telepathic communication is the next method of communication we can predict at this point.

Conclusion this thought experiment, I would say that this is just a possibility from infinite others of the future and what that holds for us is unknown but that shouldn’t stop us from contemplating what might be in store for us in the future.

So to what is the future of Languages? It is tough to say but Languages have been here for over 4000 years so they are not going to go away for a long time.

But if we can directly transmit our thoughts onto the person whom we are communicating with that possibility might be close but yet quite far as it might even take as long as 30 years to reach a point where we can mass-produce it.

So what to do in these 30 years, learn a new language, develop yourself, your capabilities, develop the potential to cope with the unknown, and also gain an understanding of to past to build upon your future.