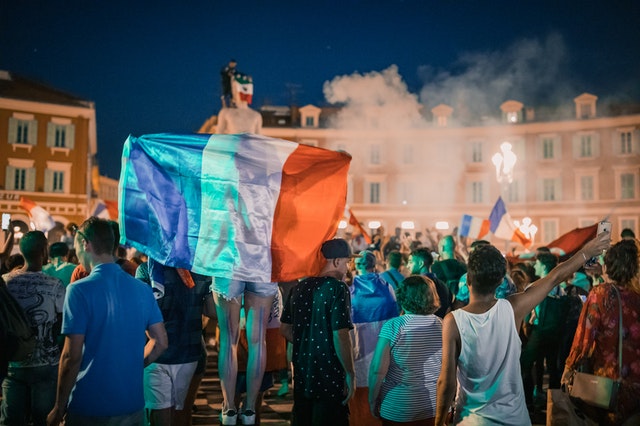 A Romantic language like French is broadly regarded to be one of the most alluring ad charming languages in the world.

Why is French the most beautiful language?  Because of the most melodious intonation that sounds ever more musical to a non- vernacular person. Augmenting this is the French culture and also the status it enjoys as the most charming languages in the world. Romance language has been the language that uses a good amount of Latin, which was historically spoken by Romans. French has had its own Romantic Description from Spanish and Italian which is definitely the most Romantic languages.

Apart from being a Romantic language, it has also been considered as an artistic, cultural, theatrical, and culinary language that is what makes the French language unique.

French terms have been widely in many walks of life and the sound of it just induces people to do what they love. French gives color and also a sense of peace and moderation. Well, Learning or even listening to French, gives us a fine soothing flavor.

What is special about French?  The French Food augments the French Culture and moreover dining is a magical experience in France. French prioritizes the food, especially the food and wine pairing is an acclaimed French Art. In France, almost every restaurant has its own specialty dish, with the help of local ingredients.

You may be wondering why you should study such a melodious language, then check this out: Why should you learn French? – Benefits of learning French

How about we get to see more interesting facts about the French Language:

French is the second most spoken language, after English. It also has the official status of being one of the top languages in the world. Apart from English, French is also taught as a compulsory language in most countries. There are over 2 million teachers and over 100 million students who pursue the French Language.

What sounds more baffling is that there is thrice the number of French speakers compared to in 1945. The UN and the EU also facilitate most of its activities in French with numerous other organizations, like Amnesty, Without Borders, Red Cross, and Labour Organization. This indicates how powerful the French language is, despite English being spoken most frequently. French is not far away from English and in years ahead, French would come close to the data of English as the most frequently spoken language.

2. The best Tourist and Cultural Destination

You may have a bucket list of countries that you want to visit, but French has the higher figures. Nearly 75 million tourists pay a visit to France and the surrounding French-speaking nations, that has a wide variety of cultures and traditions. Although being rated the most far reached culture, many French films have started to come to the fore.

The list of French films extends to France, Belgium, and even Quebec that frequently outsells Hollywood in the Box Office. With its popularity at its peak, the language also got 630 highly renowned French Language Universities in Agency Universitaire De La Francophone. With nearly 350 facilities all over the globe, it also has 120000 researchers and teachers.

Some of the biggest tech advancements in the world have had the hands of French-speaking technicians and Scientists. Cinema, Hot Air Balloon, Smart Cards, Velcro have been some of the top inventions done by the French. Moreover, the world’s largest civil nuclear energy company in the world is Areva that has its headquarters in Paris.

3. Getting insights into the variation in Canadian French

Having a Rich History, at the time of the French revolution the 75 percent of the population never spoke French. Some really intriguing facts about French-speaking countries is that French as a language was only spoken most broadly in Netherlands and Germany, and distributed across some parts of France.

It was in 1635 that the French Academy came to the establishment and also considered to be the first Organization to dominate over a language. Since its commencement, most of the global languages of the world begun to establish their own Governmental bodies. French has influenced the world with its Language and background. One-third of English Words have been derived from French, for instance, view, pride, war, and challenge.

The language French has nearly a million words, and 20000 words are generated annually. English on the other hand wants to update its language, like how an app updates under Wi-Fi. Some funny French facts are that French has been the Wi-Fi and likewise English has taken words from the French Vocabulary Buffet, to utilize it in its Dictionary and moreover it is one of 40 interesting facts about French. There are words like Cul- de sac and déjà vu and some famous phrases like Film noir or femme fatale.

4. French influence across the United States

French is the 4th most spoken language in the United States and the second most taught language after Spanish. California, New York, Florida, Louisiana, and New England are the main French Hubs in the United States. Among the foreign films watched in the United States, French-language movies constitute half. Moreover, even 30% of the Foreign books are read in French. The population of Native French speakers constitutes nearly 1.5 million, and there are another 11 million people who speak fluent French as their second language.

If you are passionate about French and want to skyrocket to a French speaker, then check this out: Learn French in 3 months? Really? Jump in to know exactly how.

5. The connection between French and Ballet

Ballet dancing has been more French-like, and it is usually the French that is pristine and expert at Ballet. Ballet is in the French Blood, goes very much in hand with French. Because of the fact that Ballet has been delineated in France, a significant part of the Ballet has its terminology in French.

Lie, Enjambé, and Rind De Jambe is French Words that have a variety of official ballet poses. Likewise, it’s the same for the culinary world, where chefs are familiarised with French Terms like Mise-en place, Ala Carte, the word chief is derived from French. Dining and Hospitality originated in France, and in addition to this is the wine Exports, which is why you hear a lot of French words too. The terms le Foie, Brie, grapes, Sauvignon Blanc are the commonly used terms.

The authority of the French language goes beyond restaurants and also in the kitchen.  Chefs have mastered themselves in French Arts that includes Consommé, Mayonnaise, and Julienne. The popularity, width, and reach of the French language are highly incontestable and these add up to one of the most interesting facts about French culture. Poets, writers, wine lovers, and foodies have used French to express what they feel.

So, here were 5 really interesting facts about French. But, if you are looking for some incredible sources to learn French from, we at Language Fluent definitely have something for you. Visit us today and kick off your French learning journey with an incredible start!