Which foreign language should you learn in 2021? 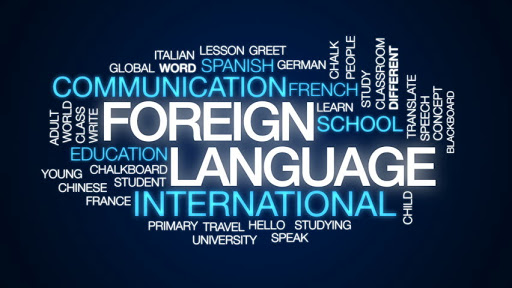 Which foreign language should you learn in 2021?

What a rollercoaster this past year has been, am I right?

2020 has definitely changed everyone’s lives. But now we are onto the next chapter of our lives.

Everyone happens to make resolutions but very few of them actually follow them. So in this article, I’m going to tell you some exciting reasons as to why you should consider learning a foreign language in 2021.

Let’s say you do consider it. Then you may have the question, which foreign language should you learn?

Don’t worry, I have the answer to your dilemma.

As Indians, we are prone to learn multiple languages while growing up. There are some foreign languages which have the advantage over the rest if you learn them in India.

Here I can say that the culture, entertainment, and German heritage are exciting enough to get you to learn German and explore more. But I’m sure you already know that. So let’s get to the more important aspect of why should an Indian learn German.

As you may be aware, German is the language of innovators. There are some incredibly successful German companies all over the world and you have some excellent opportunities lying ahead of you. Not just in the business world, but Germans have taken almost every career field by storm. Writing, proofreading, literature, history, art, travel, hospitality, entertainment, you name the career field and there will be Germans who are successful in it.

So why to learn a foreign language?

That will give you an undue advantage and put you on the edge of getting that job that you are seeking. It is always beneficial to learn the local language of the country from which a company has originated. It helps you communicate better with your co-workers and also with the outside market. The same goes for German.

After learning German, you can work anywhere in the world. The German language has a strong presence in Europe. Along with this, the United States of America is filled with German companies taking their economy by storm. You can easily settle in the USA and work in a German company, by learning German.

Enough of the job opportunities, now let’s get to the other advantages.

The German language has a strong internet presence. If you are into blogging, then German is definitely the language for you.

Learning German in 2021 will definitely change your life for the better.

French accents are worth drooling over, do you agree?

Now learning French in India may not give you the accent, but it definitely has its advantages of learning it as an Indian.

Paris is considered the best French city for students. There are heaps of educational opportunities in France. Talk about can’t miss, huh? Having more than 3500 higher education institutions, students often face difficulty in finding jobs or internships due to the language barrier. Hence, many times such educational opportunities are missed which is why learning French is the best option for Indian students.

Travel, hospitality, tourism, food, and culinary arts. France is famous for all of them. If you are even slightly interested in any of these career choices, learning French will allow you to actually explore these fields in France itself. In fact, not just France, learning French will be beneficial for you while traveling to countries like Canada, Luxembourg, Mauritius, Seychelles, etc.

You must know them all.

So let’s get to the next and most important one. Career.

Of course, you have heard of these brands but did you know that there are so many jobs these companies are offering in India itself?

Getting a job in one of these plus having the advantage of speaking fluent French will help you tremendously in the course of your career.

For Spanish too, the advantages of learning are basically almost the same as they were for German and French. But still, let’s go through them.

First of all, Spanish is fairly close to the English language and hence you will be easily able to learn Spanish. Once you master the Spanish language, then learning the other languages of the same language family, which are French, Portuguese, Italian, and Romanian will be a piece of cake. Spanish will be your stepping stone towards learning the other Romance languages.

The entertainment culture of Spain is intriguing. You must have heard of Money Heist, am I right? Spain has produced some incredible OTT content and music over the last few decades and a great way of exploring them is to learn Spanish.

Along with entertainment, the fields of literature, art, history have their own obvious advantages.

Learning any foreign language has one most important and most common advantage of all. Career opportunities. It held true for German, it held for French, it also holds true for Spanish.

Multiple career paths like tourism, foreign service, translation, interpretation, language teaching, journalism, international business for which proficiency in spoken and written Spanish can be a valuable asset. After learning Spanish, you can work as a language specialist in the export and import industry.

One can also find plenty of Spanish jobs in BPO, KPO, MNC, and Call centers since most of these BPO/KPO come from the USA, where Spanish is the second most important language. Of all the foreign language jobs in India, Spanish is one of the most sought-after. Other options include Spanish teacher jobs, evergreen careers in tourism, hospitality, and Spanish jobs in embassies.

These three languages hold the most value in the Indian market and hence learning German, French, and Spanish in 2021 will change your life for the better.

Now how do you do it?

Language fluent is an online platform where they teach more than 10 foreign languages which obviously includes German, French, and Spanish as well. There are trained professionals to guide you throughout the process and they teach all the six levels of these languages (A1, A2, B1, B2, C1, C2). You can start learning at any level based on the prior knowledge you have of any of these.

There are lots of books published to guide you through the process of learning any of these three languages.

“The everything learning German book: Speak, write and understand basic German in no time” by Ed Swick

“German made simple: Learn to speak and understand German quickly and easily” by Eugene Jackson and Adolph Geiger

“Learn German with Stories: Café in Berlin” by André Klein

“Easy way to learn French through English” by Diamond

‘Madrigal’s magic key to Spanish: a creative and proven approach’ by Margarita Madrigal and Andy Warhol.