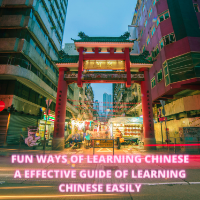 Chinese is one of the most common languages spoken in the world, you may be aware of this fact. But did you know where did it originate?

The Chinese language falls under the Sino-Tibetan language tree, which also consists of 400 different languages apart from Chinese. There are approximately 1.2 billion people in the world whose first language is Chinese.

Before we move on to the advantages of learning Chinese and the best possible ways to learn it, let’s quickly take a look at the benefits of being bilingual.

It stands true to this day. Let’s say you learn a foreign language and you are fortunate enough that you get to travel to that country in the near future. You wouldn’t have the problem of the language barrier. Local citizens adore the tourists who can speak their native language and hence your travel will be much more enjoyable and easier than you will have hoped.

A prime example of this is in the revolutionary film, ‘Rang de Basanti’

Alice Patten’s character ‘Sue’ is instantly adored and beloved by the group of friends and the locals as she speaks Hindi, their native language.

Learning a foreign language adds one more feather to the ‘personal development’ hat. It allows grasping multiple complex things at once which is a plus point in academics when you are specifically required to multitask. Studies have also shown that some other advantages of bilingual education are improved memory, cognitive development, better achievements, and the like.

When you learn a foreign language, it expands the fields of jobs that you can apply for. An academician, or a personal tutor perhaps. But if you want a job in the corporate world itself, you can become a translator for multinational corporations. It has great pay and high respect. You can further broaden your chances in the career fields as and when you learn more languages. Knowing just one language restricts you in various aspects of your life while learning a foreign language or more can break those barriers and help you reach greater heights.

Now that we have done a quick recap, let’s look at the advantages of learning Chinese one by one.

Studies have shown that one of every five people in the world speak Chinese. Learning Chinese will be held beneficial in not just India or China, but anywhere in the world.

It is an undeniable fact that China is a leading market shareholder and has tremendous competition with the other business ventures across the globe. Learning Chinese will definitely give you an undue advantage, which is the fact that you will be able to acquire a successful career in any of the Chinese companies, with the right amount of qualifications and a good knowledge of the Chinese language and culture.

China is undoubtedly one of the most culturally diverse countries all over the world. The culture and heritage of historic China and modern China are incomparable. As I always say, what better way to learn about a country’s heritage and culture than to learn its language. A native language of a country will tell you more about its culture and heritage than the internet or the translated books ever will.

That being said, let’s come to the next obvious benefit of learning Chinese which is easier and enjoyable travel. As you may know, China is a monolingual country with the chances of anyone there speaking English being extremely slim. Learning Chinese will help you explore the country with a lot of cultural knowledge and you will also be able to explore with the language being the biggest hurdle.

Studies have shown that while speaking the Chinese language, or Chinese learners for that matter, use both the parts of their brain, left and right. This happens to be a good thing for personal and mental development.

How to learn Chinese?

There are multiple ways in which you can learn Chinese efficiently and quickly.

Language fluent is an online platform where they teach more than 10 foreign languages which obviously includes Chinese as well. There are trained professionals to guide you throughout the process and they teach all three levels of the Chinese language. You can start learning any level based on the prior knowledge you have of Chinese.

Duolingo is an American website and an app for language learners. It has over 98 different language courses in 38 languages. With the help of Duolingo, the language of the Chinese can be mastered. They start teaching any language from scratch or from a level based on your knowledge of Chinese.

To kickstart your learning of the Chinese language, there are various books that may also guide you through this journey.

In this modern-day and age, the best thing that recent times have given us is the trend of podcasts. There are several brilliant podcasts that will help you learn Chinese from scratch.

These are some of the most useful and efficient ways in which you can learn Chinese.