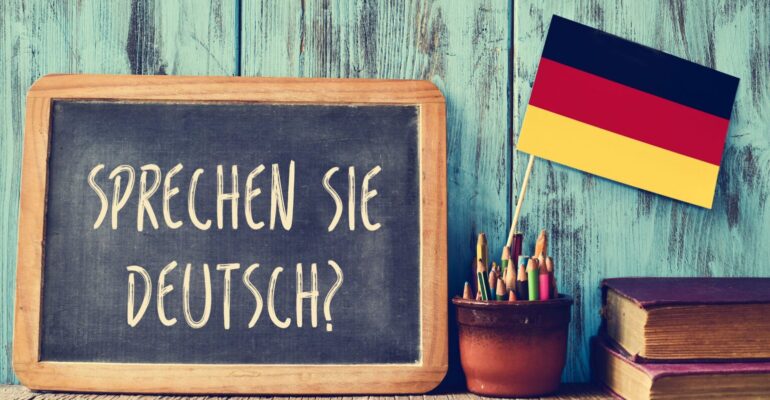 If you are currently pursuing German, then some classic German Movies could really propel your learning and ignite your passion towards learning this language without having a thought of giving up.

Always remember to keep your learning process as entertaining as possible. Traditional methods are quite outdated especially if you like to watch movies and series back to back. If you are a marathon movie watcher, it’s time that you take advantage of this habit and turn it to your strength by watching certain German Movies that could help you learn the language better.

Even language experts have extended their thoughts of agreeing that watching series, shows, and movies can help you improve your language learning capacity at a quicker pace.

But would watching a random list of German movies do the job for you?

Maybe or maybe not, but if you would like to see a good movie then you must remember that classic movies surpass Hollywood. Oscars are even awarded to outstanding movies from any other country and Germany has done it twice in this occasion. You can also discover some classic Netflix shows to learn German here that cover multiple genres from drama, comedy, crime, cooking, sci-fi, and many more.

Here are some of the chosen German Movies which you must watch to increase your fluency, but most importantly it will help you get familiarized with the accent and expression that could stimulate you to practice your language.

Das Leben Der Anderen or also translated as “The Lives of others” is a 2006 German movie that has drama, and also marks the debut of the feature filmmaker Florian Henckel,  where he monitors the residents of East Berlin by the Stasi agents, the secret police of the GDR.

Ulrich Mühe is one of the stars of the movie characterized as Gerd Wiesler, the Stasi captain, his superior Anton Grubitz acted as Ulrich Tukuras, the playwright Georg Dreyman was played by Sebastian Koch and finally, Martina Gedeck as Dreyman’s lover, who was a very popular actress that goes with the name Christa- Maria Sieland.

A lovable teen with a figure of a witch was Bibi Blocksberg who was in the ranks with other popular German kid Characters like the Original German Harry Potter that were Pippi Langstrumpf and Käpt n Blaubär.

The joyful kitschy, which is the rendition of the early 2000s film talks about the coming age of Bibi as she discovers magical powers that are developing and comes across as evil.

The simplicity of the plot and the dialogue are dredged with foolish and nonsensical ideals that could guide you to get a hold of the simple German vocabulary and how to use it in the best possible way.

” It starts with a middle-aged Turkish Man, Cahit Tomruk, who has detached himself from the World after his Wife’s death and finds pleasure in cocaine and alcohol. One night he drives his car and intentionally crashes to the wall and enables a slim chance to survive.

You probably must be wondering this could be one of those German movies where the movie could have a grey end almost synonymous with the grey weather of Western Europe.

But the story takes a spark of light in the Psychiatric clinic where he meets Siebel Güner, another Turkish German who tries to commit suicide. She then decides to break the strict rules of her conservative family by talking to Cahit to marry her, who is initially is not interested, but later agrees to the plan.

Directed by Werner Herzog, it is an apt film for people who are massive fans of Horror films. The supernaturally magnificent German movie flashes us back to the Germany of the 19th Century where a young real estate agent travels to Transylvania to get a property sold to Count Dracula. Just like any other vampire story, this resultant movie is a classic tragedy.

With the slow pace of the plot along with the lengthy cinematic shots, the sequences of shorter dialogue turn out to be quite easy to follow.

If you are a beginner or an intermediate, then you could take some cranky old-fashioned words along the way.

This is a movie where 20 male participants are hired for two weeks as guards and play prisoners in Prison, where very apparent lenient rules must be followed by prisoners, and the guards on the other hand are told to keep order devoid of any violence that is physical.

Almanya, which is a Turkish word for “Germany” was directed by Yasemin Samdereli, where he takes a contemporary look at the History of the country’s engaging Gastarbeiter or Guest Workers from Turkey to counterbalance the labor shortage of World War 2.

It’s a bittersweet, entertaining, and genuine painting of a Turkish German family that is Multi-Generational challenging its unique convergence of cultural identities.

The clarity and the accessibility of the language that is spoken in this film will give intermediate learners assistance to pick up words that can be utilized in daily life and while living in a family.

Through the scenery of clashes in culture and amusing miscommunication, you would take a leap to gather perception into the spirited society of the East meets West entwined throughout Germany.

The movie was set in East Berlin from the month of October 1989 stretching to the reunification of Germany a year later. The story is about Alex who lives with Ariane, his sister, and Christiane, his mother, and the infant daughter of Ariane, Paula.

The family has an abandoned father and husband, which puts Christiane, a passionate Socialist Unity Party supporter of Germany. On the other hand, Alex takes active participation in the demonstration of the anti-government, where he meets a girl, but gets separated from each other, prior to giving each other a proper introduction.

Christiane, Alex’s mother suffers a near-lethal cardiac arrest after the arrest of Alex and eventually gets into a coma. Upon visiting his mother, Alex comes across the girl he met in Demonstration. Her name was Lara who was a nurse of the Soviet Union and was in charge of taking care of Alex’s mother. This meeting led Alex and Lara to date and form a strong bond.

A further dull story, but yet inspiring is Sophie Scholl directed by Marc Rothrtmund. On the basis of true events, the film was set in Munich at the time of World War 2 and also draws out Sophie and the Student Resident group members, White Rose penalized for distorting faithless anti-Nazi literature.

This is one of the best German movies to watch in order to learn German, that has a heavy dialogue and is very rewarding for intermediate learners and for students who pursue History, who would want to increase their vocabulary to include political, activist, and judicial phrases.

The main roles are played by Tim Roth, Naomi Watts, Brady Corbet, and Michael Pitt. The film turns out to cover most aspects of the 1997 version in English, set with different actors in the United States of America. The External scenes were played in Long Island and this film is also internationally co-produced in the United Kingdom, United States, Italy, France, and Germany.

There was a statement made by Haneke that this film was a reflection and condemnation of violence used in the media.

Bella Martha was directed by Sandra Nettle beck that was considered to be underrated, but it is one of the finest movies ever made and has been a potential resource for many learners.

Captivating skills of acting goes at par with the best film score to make a delightful romantic drama that focuses on Chef Martha Klein, who comes across an uncertain personal tragedy at the point of living a workaholic lifestyle. The story covers aspects of laughter, love, and most importantly, Food.

Bella Martha also has certain complicated personal themes, so it’s a treasure bag of personal emotion and vocabulary based on relationships. This is considered perfect for advanced and intermediate learners, who want to surpass everyday past casual conversations. Some very exclusive culinary terminology gives the movie a pretty good semantic flavor.

One good practice is to make sure to pause at certain moments if you wish to practice the pronunciation. Even watching German movies at a persistent rate would help you assimilate into the language and be the master of it.

Wanted to know more about what you can do to master German from scratch? Check out this article here!

Still, having trouble finding trusted and impeccable resources for learning German?  Well, what better way is there to learn a language than to learn from the best in the field?